Fur Fighters: Viggo on Glass is a video game released for iOS systems by Muffin Games. It is a near direct port of the PC version of the game. There are currently two versions of the game: A paid version (£0.69/$0.99) and free version which utilizes adverts (which can also be removed for (£0.69/$0.99).

When Bizarre Creations was going through a re-structure, Jeff Lewis was given an offer by his boss to purchase the rights for a pound, seeing as Fur Fighters II was probably never going happen. He handed him five pounds instead, thus purchasing the rights to the game. When Bizarre Creations fell apart, he and Mark Craig, now working for Lucid Games, decided to port Fur Fighters over after looking at how similar iOS games were to Dreamcast in terms of power. After 200 hours of programming, the team were able to convert Fur Fighters over to the iOS.

When nature calls, shoot it!

Introducing the Fur Fighters, an elite squad of six animated animal commandos on a quest to rescue their families and save the free world!

The malevolent fat-cat General Viggo has kidnapped the Fur Fighters’ families and mutated them for his own fiendish ends. Now it’s up to you, playing as all six animal liberators, to knock the fluff out of Viggo’s army of dimwitted bears, save your babies and rescue the planet from the claws of evil.

Developed by original members of the Bizarre Creations development team.

What they said about the original:

“A wonderful, whimsical personality radiates from the lavishly detailed characters and surroundings.” - IGN

“Nothing short of Epic” - Spank

“Not only is it full of flashy graphics, great music and loads of action, it's actually full of wonderfully intuitive fun.” - Dreamcast.net

Reception for the game has generally been positive, though a few critics have labelled the control scheme as frustrating. It has been praised for how well ported the game is. 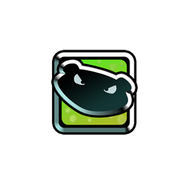 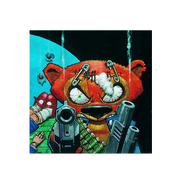 1.4 - Present
Add a photo to this gallery

Retrieved from "https://furfighters.fandom.com/wiki/Fur_Fighters:_Viggo_on_Glass?oldid=12325"
Community content is available under CC-BY-SA unless otherwise noted.